By now the entire world has been made aware of this trailer’s existence.  But I am mostly to blame for the lack of promptness and all around good humor that you all have come to expect from RBM.  Lots of booze and not enough sleep will cause such problems.  END_OF_DOCUMENT_TOKEN_TO_BE_REPLACED

It was bound to happen.

Thanks to Mr. Groff for the tip. 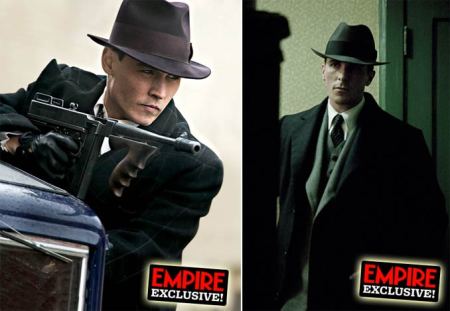 Here’s the first official stills from Michael Mann’s Public Enemies, which marks the comeback of Stephen Dorff, I guess. From Empire:

I’m sure it’s going to be solid, but I am worried about one thing and I hope I’m proven wrong…

Dillinger is one of the most mythologized outlaws in American history and most see him as some sort of martyr; a Robin Hood of the Depression era. But if you read between the lines, you’ll find that he was a murderer and cop killer, just like Jesse James, Bonnie & Clyde, Ma Barker, and Babyface Nelson (who rolled with Dillinger). He took care of those around him, but he didn’t hand out his scores to the hungry masses. I’ve studied this era in American crime and never read about an individual criminal who shared his wealth with the poor. He was a piece of shit and should be remembered that way. Now, Depp is an idol to impressionable tweens, so casting him as a trigger-happy, smirking scumbag may incite a new generation to look up to “Handsome Johnny,” but hopefully they actually read a book about him. I’m probably overreacting, but I know this territory in American history and if it’s one thing I hate, it’s the public’s practice of canonizing shitheads.

If your’e really interested in some true gentleman bank robbers from American history, check out Willie Sutton and “Western” George Leslie. Sutton escaped from jail three times (by himself no less, Dillinger had help), represented himself in court (and won), robbed more banks than anyone in his time, and did it all with never firing a gun. Leslie, who operated in the late 19th Century, was responsible for 80 percent of bank robberies in America during that time. Sadly, there’s not that much information on his illegal going-ons, because he was that good.

All Our Children Are Going to Be Gay

This weekend, Disney’s High School Musical 3 opens and experts are already predicting it is going to gross $9,000,000,000,000 dollars. From Deadline Hollywood:

As of 12 PM ET, HSM3 accounted for 83% of tickets sold today at MovieTickets.com. Additionally, the film has made up 85% of the site’s ticket sales this week. Meanwhile at rival ticketseller Fandango.com, HSM3 is eating up 86% of all its online ticket sales.

Jesus Christ. What does this mean for the children? It means they are all going to be queer. Remember the movies that were big deals when we were pups? Goonies, Flight of the Navigator, Monster Squad, etc. And sure, we had some musicals…but they weren’t gay! Newsies anyone? That was about some hard-ass street kids just trying to eat. And the lead (Christian Bale) grew up to be Batman! Zac Efron is going to grow up and be, I don’t know, a gay guy who French kisses boys that watched HSM3 when they were younger. Walt Disney would have never stood for this. He’d deliver a swift kick to Zac’s nuts and buy him a hooker that would blow the queer right out of him.

Feed Me a Stray Cat — American Psycho — The Musical

I really am speechless and giddy with joy. This is such unfuckingbelievable crazy news, I really have nothing to say. Just read the Press Release after the jump, chumps…

END_OF_DOCUMENT_TOKEN_TO_BE_REPLACED

Ledger’s pushing up daisies, Bale gets busted, and Freeman crashes his car; landing himself in the hospital, (all incredibly fucked up things) and everyone is shouting out “CURSE!”. That would be two cursed DC-related movies in a list of movies surrounded by tragedy. Not something that should be taken seriously, but damned fun to read about.

Read about some famous movie curses after tha jumping off… 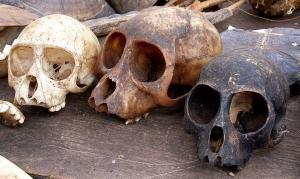 END_OF_DOCUMENT_TOKEN_TO_BE_REPLACED

Every Friday at my work (Best Buy), I dedicate a good chunk of time on selecting which Blu Ray purchase I should make. Therefore I have time to watch them on the weekend and report about them on Mondays. This week my selection was, obviously, Batman Begins.  Jump the break for full review.